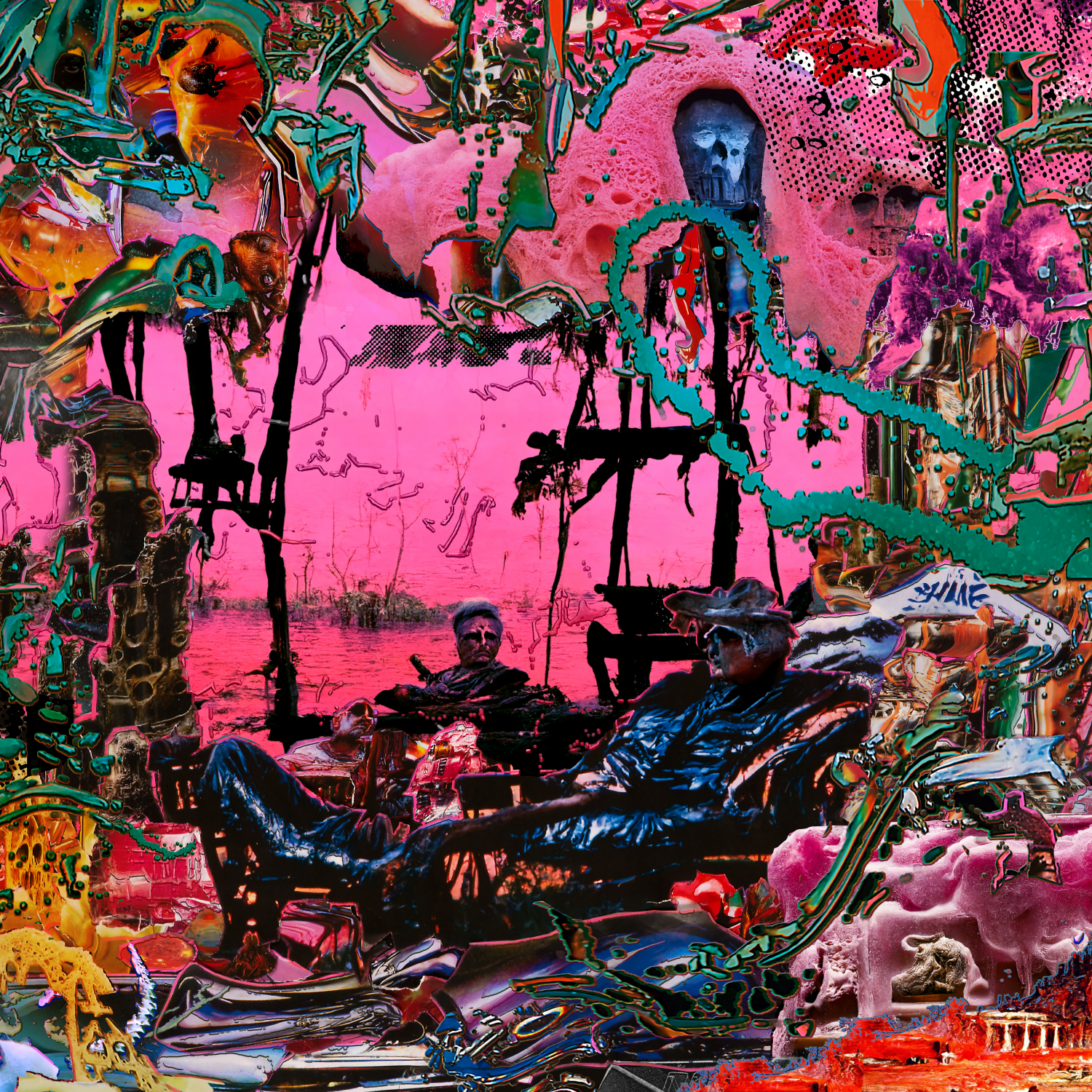 black midi – the UK-based trio of Geordie Greep (guitar, vocals), Cameron Picton (bass, vocals) and Morgan Simpson (drums) – have released their third album, Hellfire. Written in isolation in London after the release of last year’s Cavalcade, Hellfire builds on the melodic and harmonic elements of its predecessor, while expanding the brutality and intensity of their debut, Schlagenheim.  As Greep describes it: “if Cavalcade was a drama, ‘Hellfire’ is like an epic action film” that delves into overlapping themes of pain, loss and anguish. It is their most thematically cohesive and intentional album yet.

Whereas the stories of Cavalcade were told in third person, Hellfire is presented in first-person and tells the tales of morally suspect characters. There are direct dramatic monologues, flamboyantly appealing to our degraded sense of right and wrong. You’re never quite sure whether to laugh at or be horrified.

“Almost everyone depicted is a kind of scumbag,” says Greep. “Almost everything I write is from a true thing, something I experienced and exaggerated and wrote down. I don’t believe in Hell, but all that old world folly is great for songs, I’ve always loved movies and anything else with a depiction of Hell. Dante’s Inferno. When Homer goes to Hell in the Simpsons. There’s a robot Hell in Futurama. Isaac Bashevis Singer, a Jewish writer who portrays a Satan interfering in people’s lives. There’s loads!”

Creating Hellfire took six months, sprouting from a riff on one of the group’s oldest jams, which bloomed into the futuristic boxing drama, “Sugar/Tzu.” The range, power and potent production of black midi’s music has never been greater than on Hellfire, partly thanks to producer Marta Salogni, who worked with the band on Cavalcade opener, “John L.” But, as always, the type of music black midi play isn’t as important as its quality. And whatever you think about black midi’s music isn’t as important as how you feel about it.